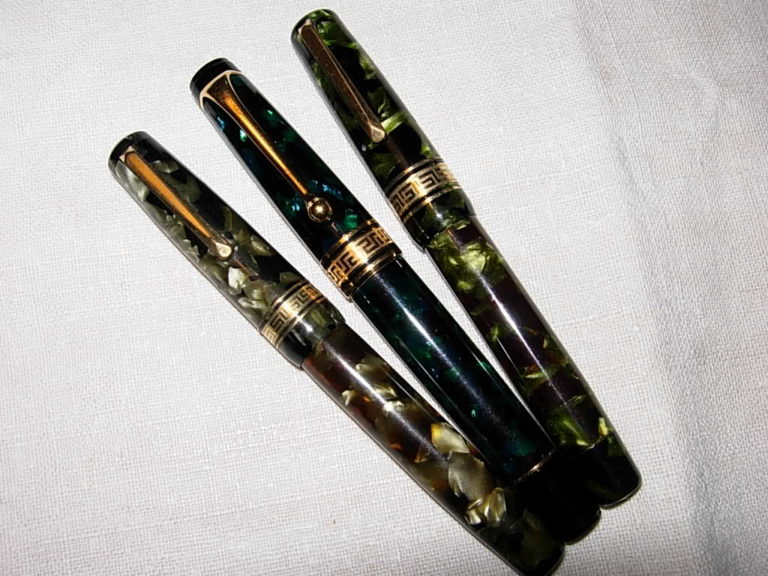 Many years ago, we were on 2009, I wrote on FPN forum, a short article about Aurora Optima, differences and similitudes between modern and vintage models, re-proposed today for all those don’t know it.

Optima appears on Aurora’S catalogs on 1938, born as competitor of Omas Lucens
(no much different) and of all new transparent barrel pens, vacuum filling system is the same
used by late Doric and Sheaffer balance, clip same of second series Novum models
One size only, fist model was short and fat as the modern one,
large deco band on cap only two colors green and gray. 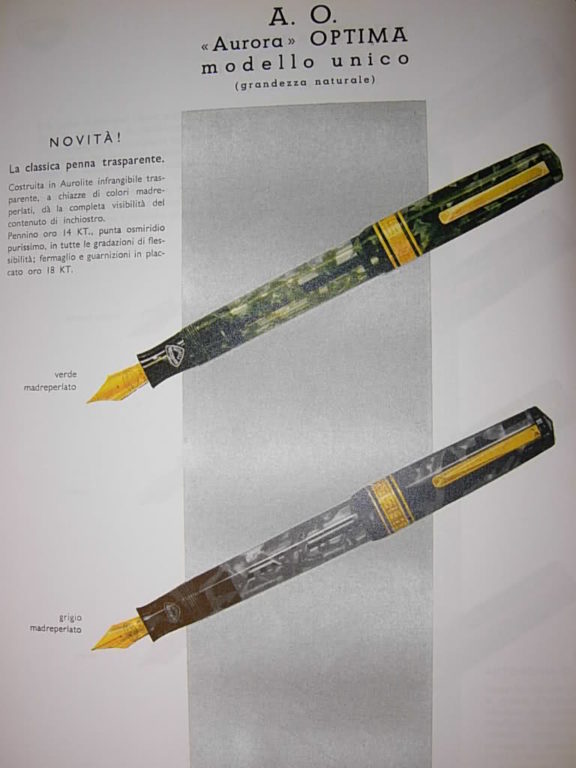 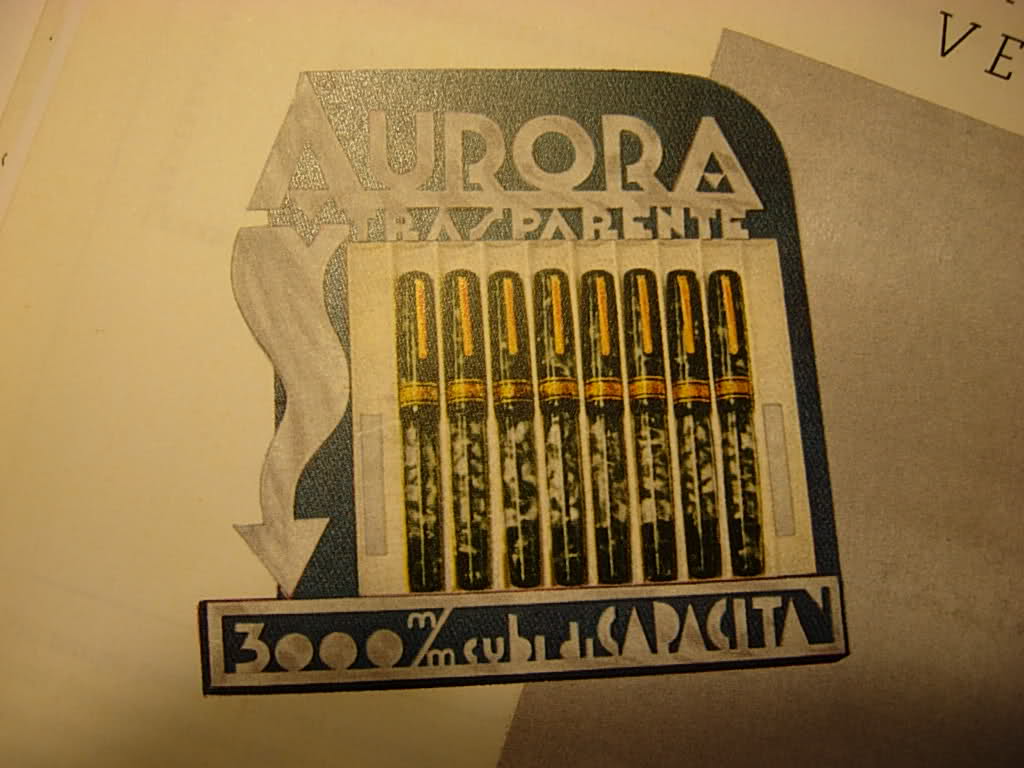 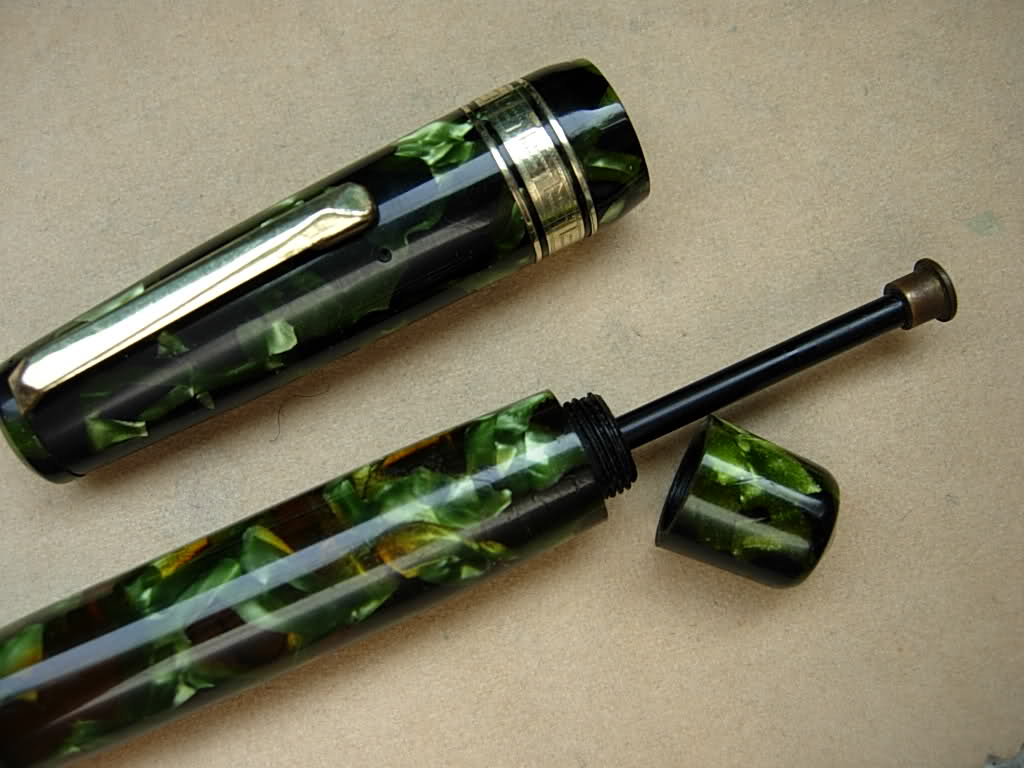 The greek band on cap became thinner after few months, for this reason is almost impossible find a large band examples,
section was in celluloid and glued with barrel, pen could be disassembled and serviced from the bottom only,
many Optima were destroyed by unprofessional restorations.
Optima were fitted with #5 and #6 gold nibs, was the last Aurora luxury model in celluloid. 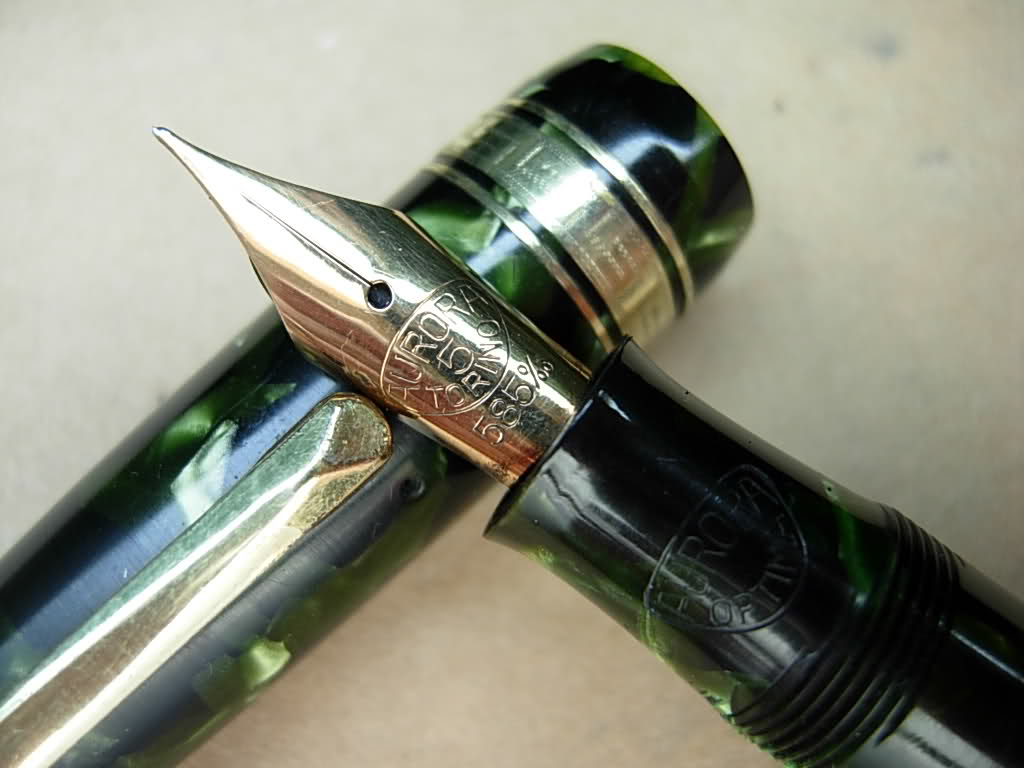 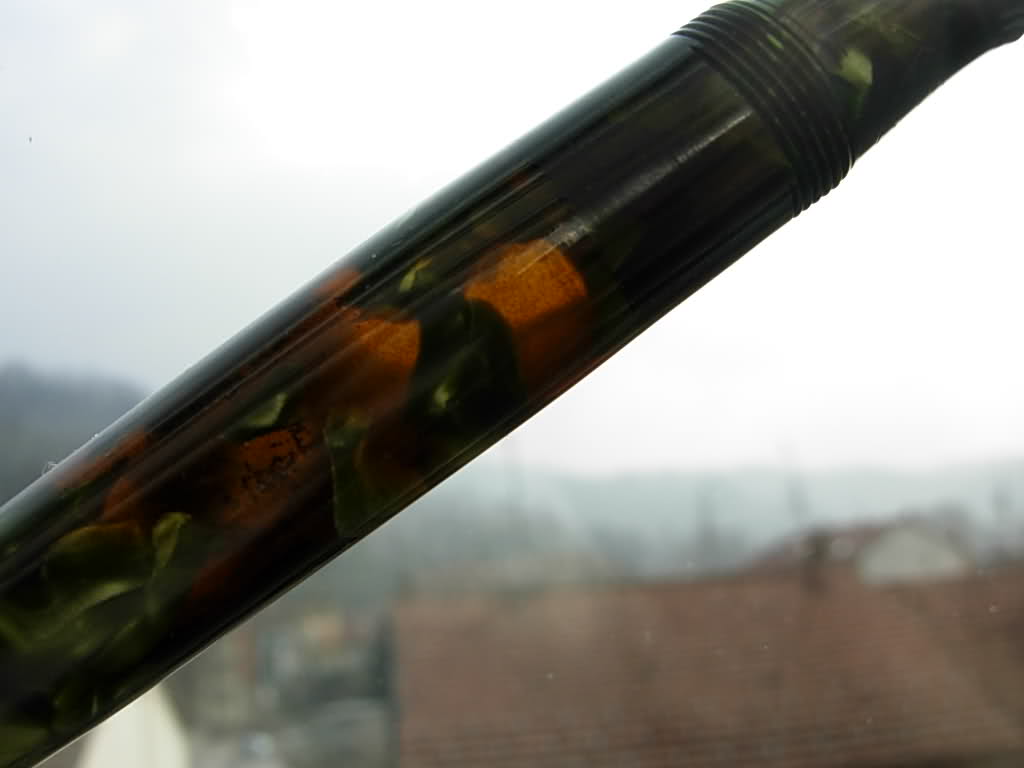 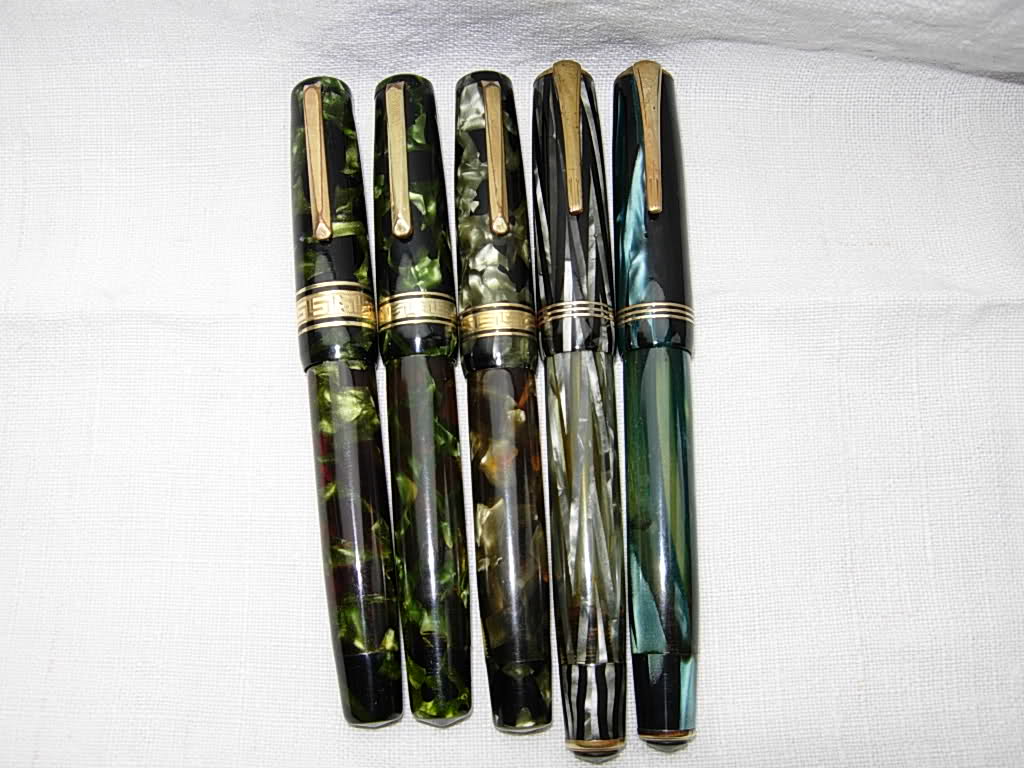 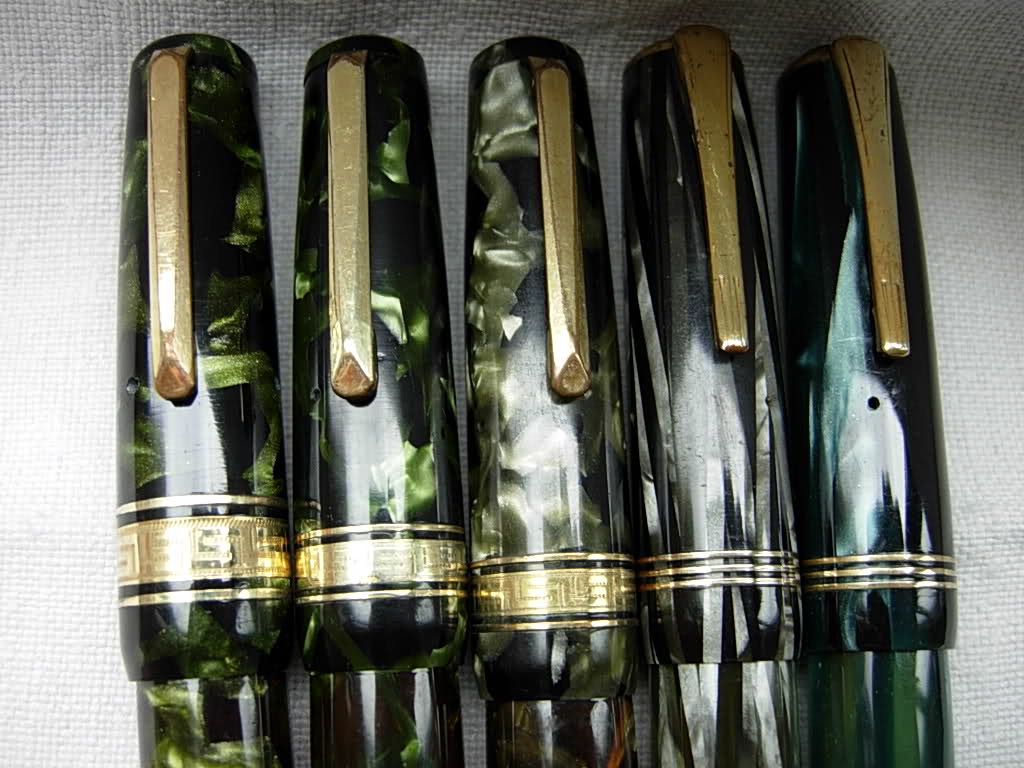 Pens became longer and three rings were placed instead deco band
two new patterns introduced,
first more geometric similar to Waterman Ink-Vue one
other looks like colored smoke,
in four colors, blue, gray, green, and black
A new (ugly) clip and jewels on cap top and barrel’s end
in last model produced during WWII trims were in brass not gold plated,
nibs in Platriridio instead gold ones and sometimes I found NOS Optima button filler,
perhaps was too expensive and complicate service vacuum fillers in war time. 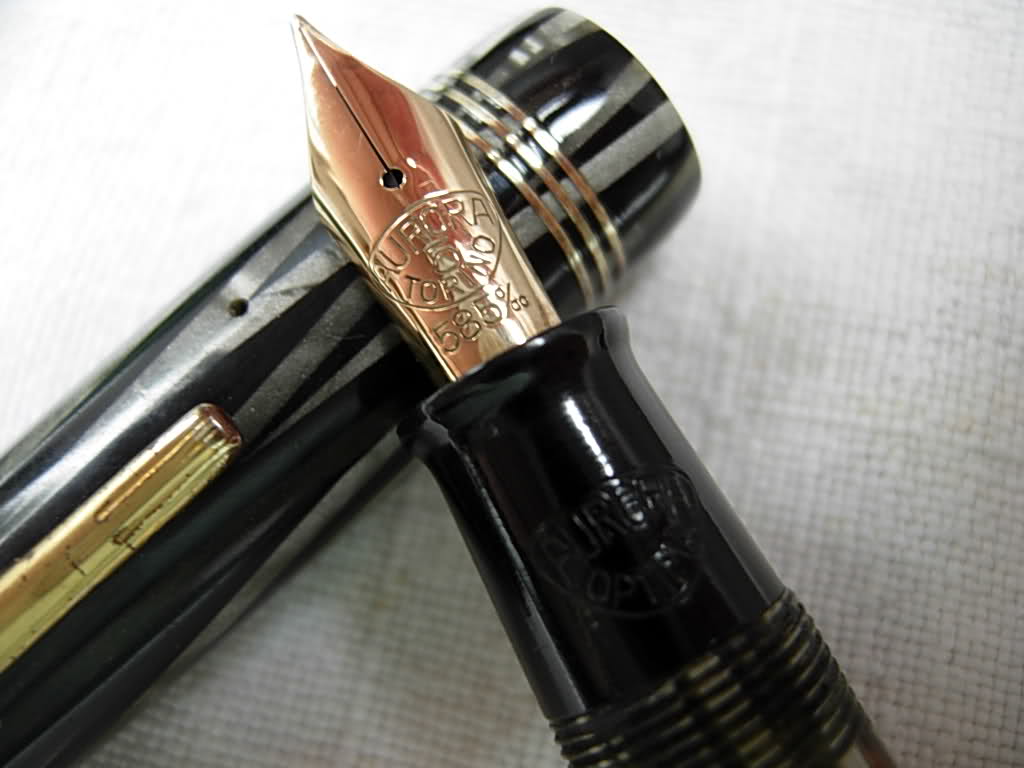 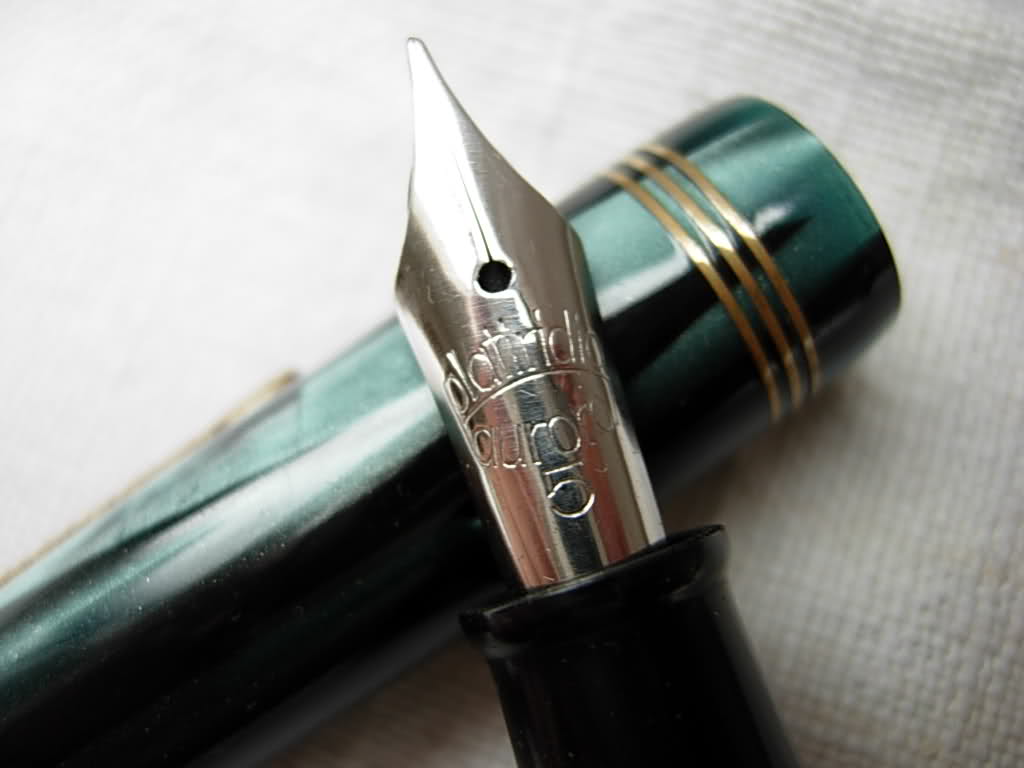 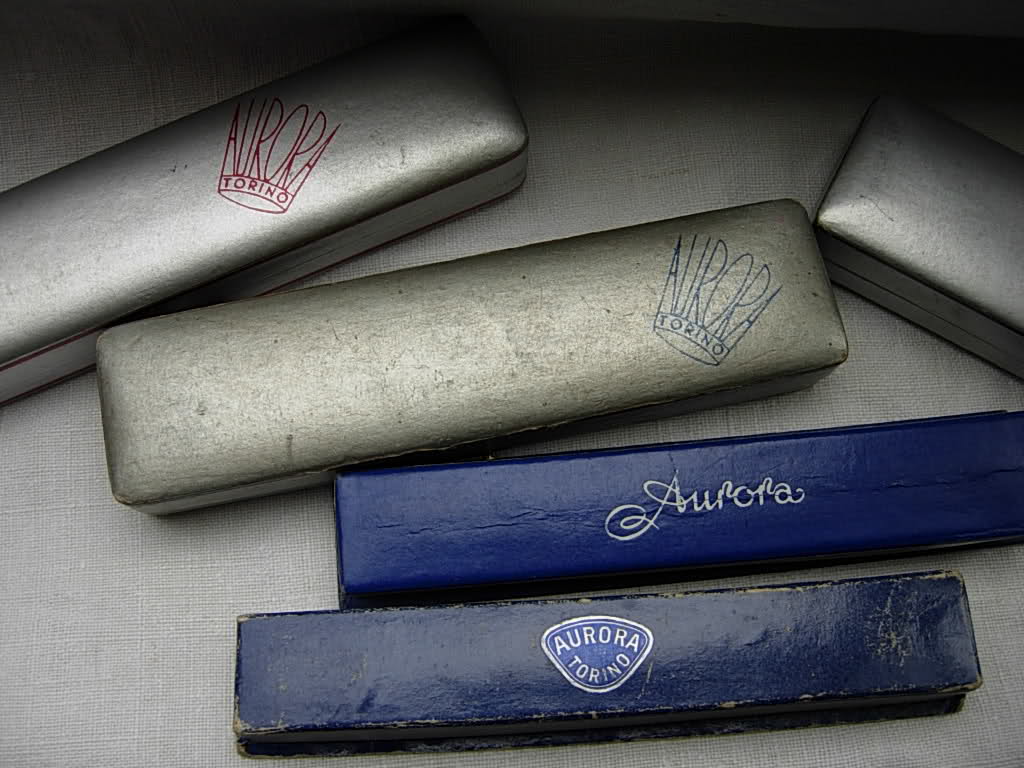 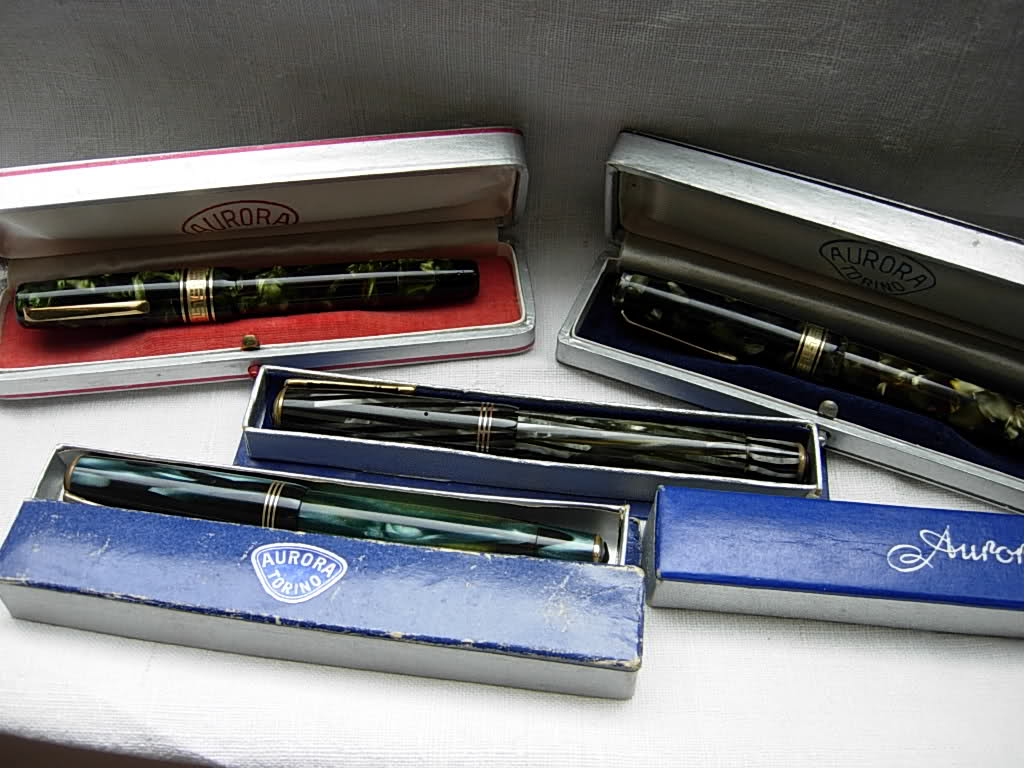 Optima were always marked on section only,
or just I never seen this model with imprint on barrel 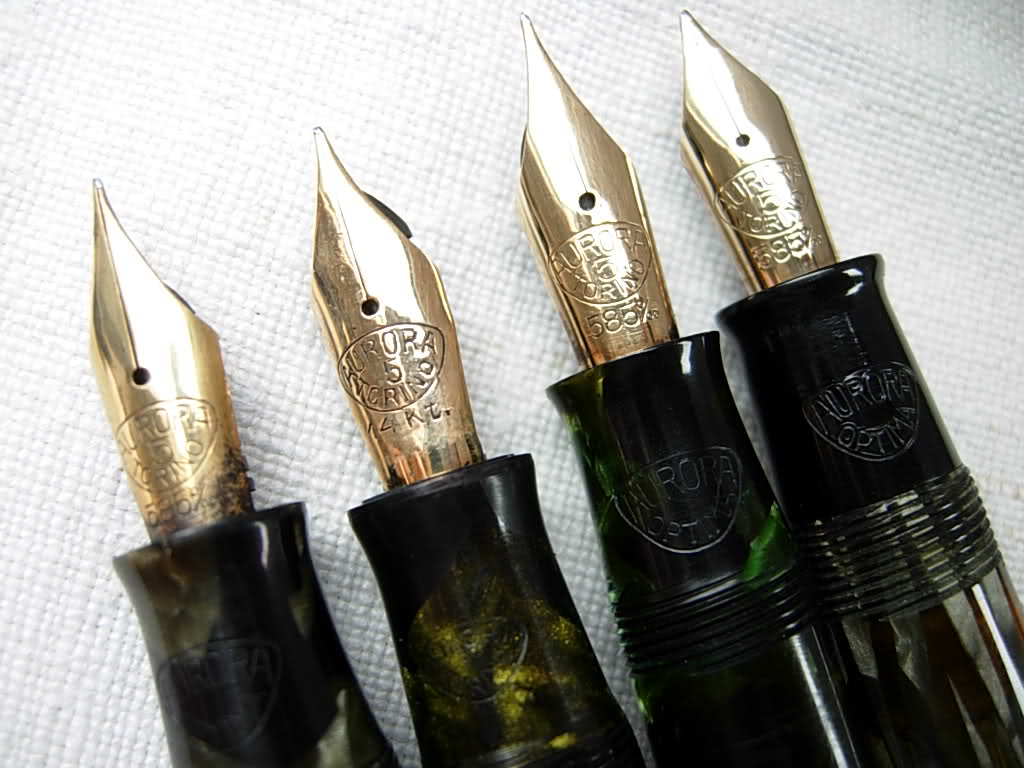 I seen in the past some transitional models with thin deco band geometric pattern and Selene style clip
unfortunately not have any to show.
Modern Optima fits a different clip respect vintage one,
is inspired to the glorious Aurora Duplex. 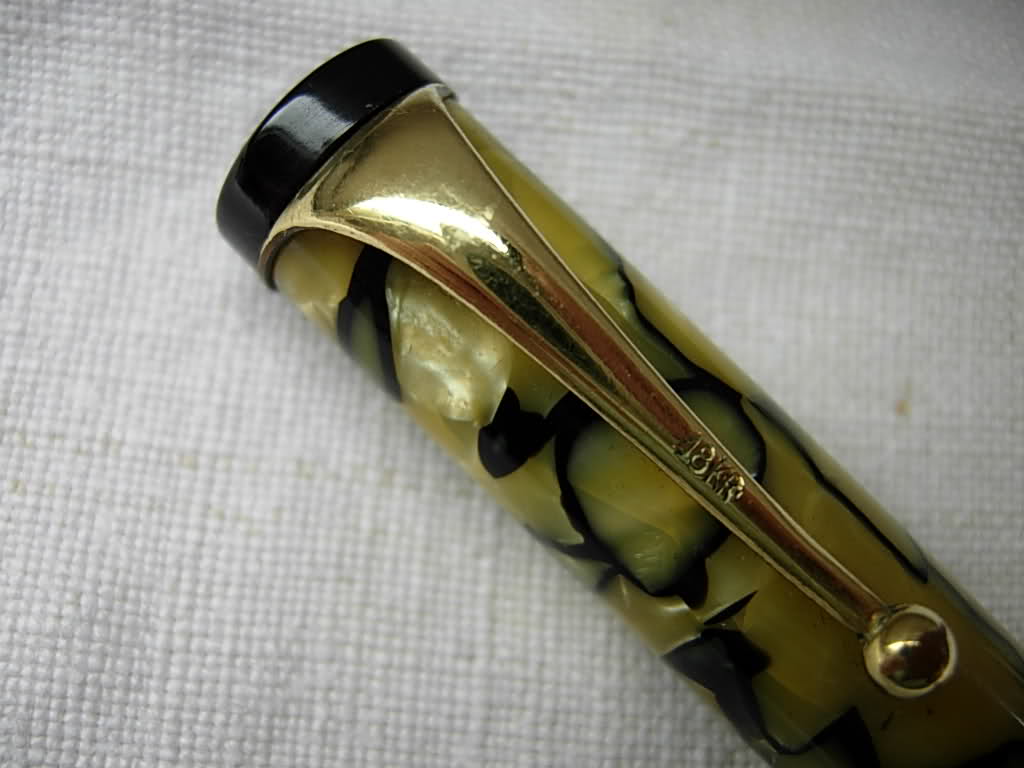 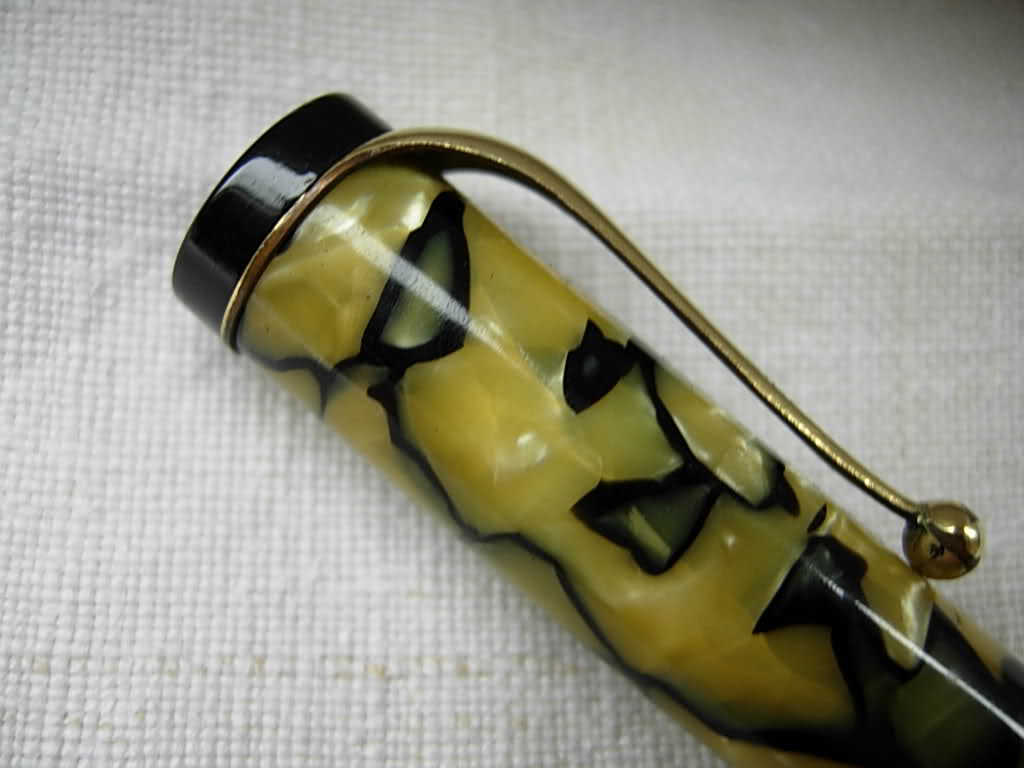 Thanks for giving mind to me,
I’m not a pen expert, that I wrote could be wrong of course,
I wanted just to share my emotions collecting vintage Aurora,
and sorry for my terrible english.