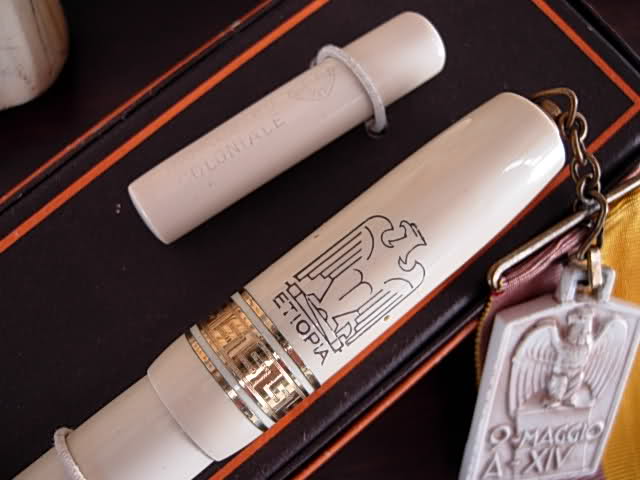 Well known the Aurora Etiopia,
less known the universe beyond.

The pen was sold in second half of 1936 to commemorate the foundation
of italian empire by Benito Mussolini.
Important the color choice: 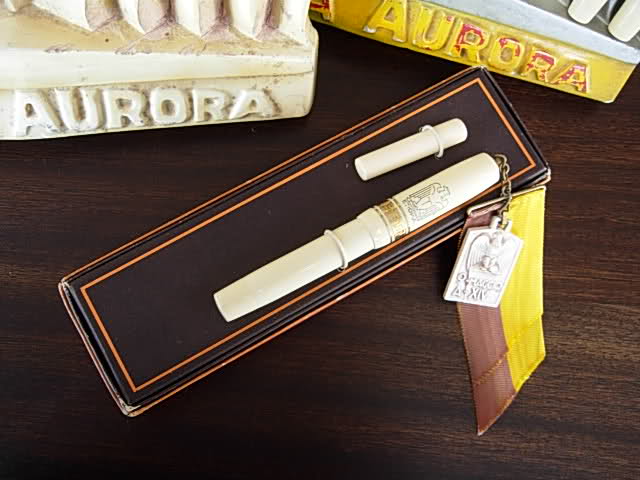 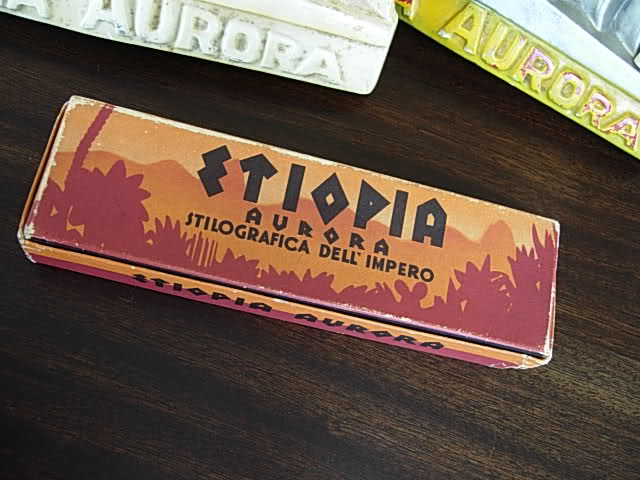 An additional gadget was included in the box
an ivory white medal in Moldrite (a kind of plastic)
with engraved 9 Maggio A XIV fascist era started in 1922 year of march to Rome
when Mussolini held the power, so 1922+14=1936
with red/yellow ribbon, exactly same ribbon used for official medal commemorating the march to Rome 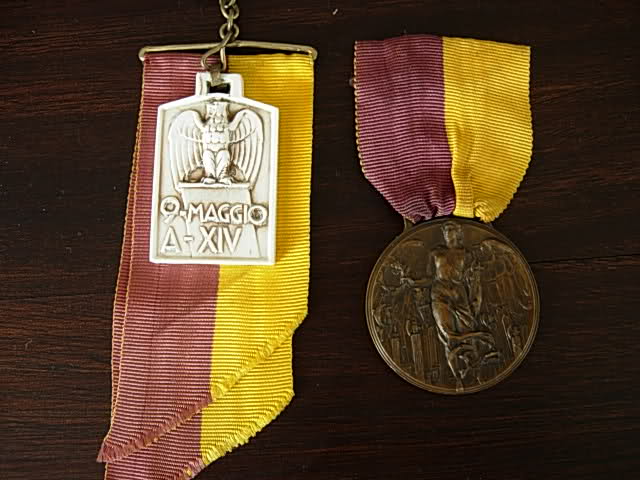 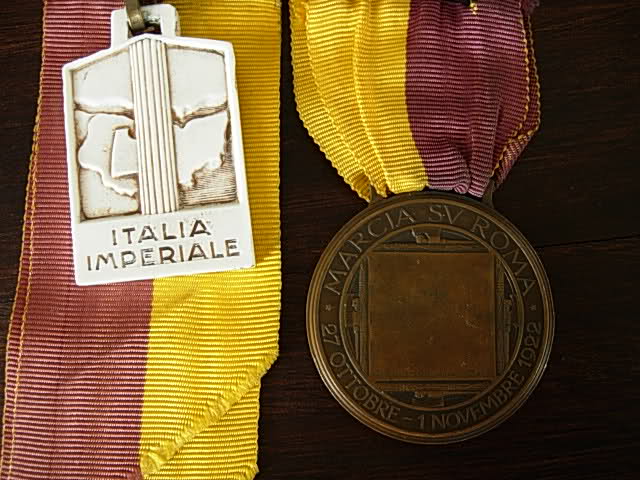 Born as trench pen had to be loaded with water,
or other liquid (in desert is better drink the water)
adding a ink pill, a small supply was stored in
blind cap, a larger supply in celluloid case with engraved
INCHIOSTRO COLONIALE (colonial ink) 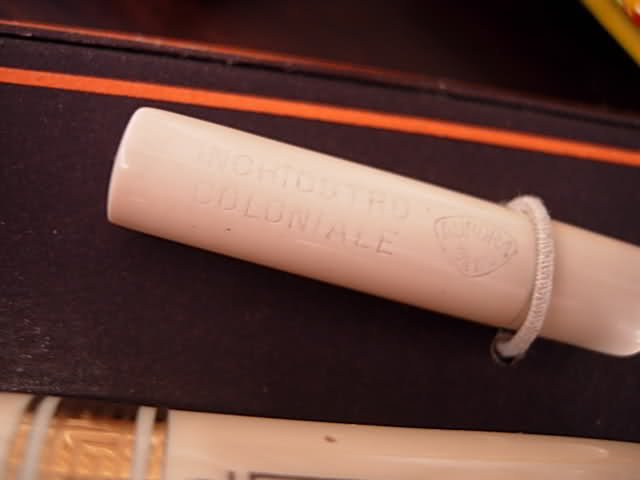 Even window stands were imperial eagle shaped
and could hold eight pens. 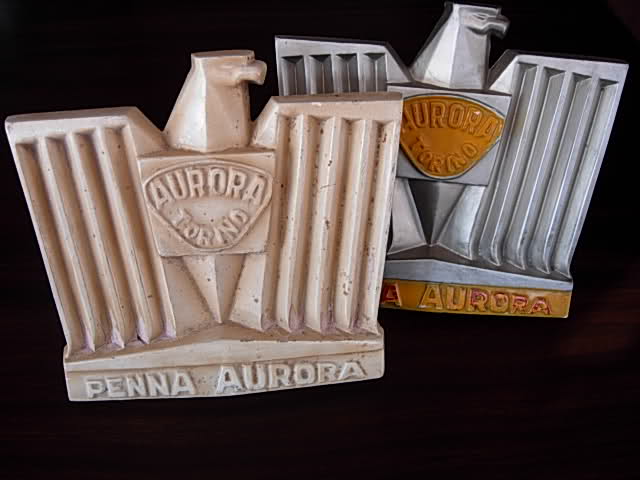 Pen usually found in ivory white, was made in other three colors,

red, green and gray/violet, unfortunately do not have any to show,

because are very very rare, only few examples are known, 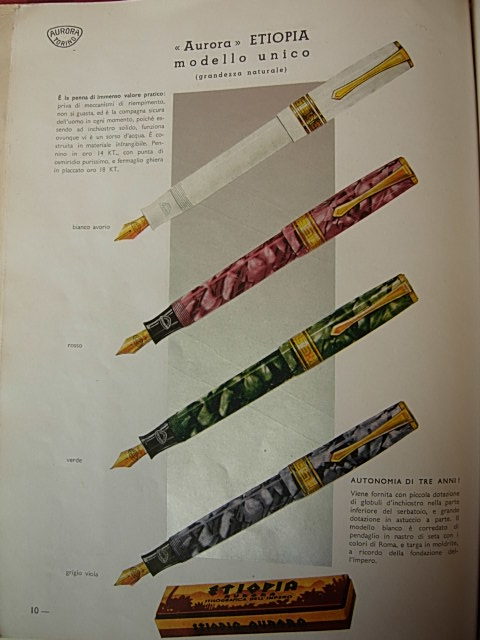